Hillary is honored to recruit, lead, and encourage a creative and energetic administrative and clinical staff that serves the mission and vision of The Children’s TherAplay Foundation.

Hillary received her Bachelor’s degree from Indiana State University and Master’s degree from Butler University but also has learned life lessons from friends, family and even strangers.  Hillary is inspired by the Foundation’s donors whose generosity impacts services provided to more than 160 families each year.

Additionally, Hillary has deep ties to Children’s TherAplay through her son Michael who received treatment here for over six years.  From crawling in to the clinic to walking 35 steps on his own at his “graduation,” Hillary and her husband Kevin are eternally grateful for the life skills and developmental growth Michael realized as a toddler at Children’s TherAplay.  Now, 17 years old, Michael is a thriving student at Carmel High School. Skilled companion dog Durban rounds out the McCarley family.

Upon graduating from Ball State University in 2000, Breinne travelled around the United States for a few years before finally settling in Fort Collins, Colorado. It was there that she began her career in the non-profit world at the Loveland Boys and Girls Club as a Program Coordinator. When she wasn't working or playing in the mountains, she volunteered at a horse ranch, hoping to gain enough knowledge and experience to someday join the equine world. As fate would have it, soon after moving back to Indiana, she was introduced to and fell in love with Children’s TherAplay.

In January of 2005, Breinne proudly joined the Children’s TherAplay team as the Office Manager. She has since become our Administrative Manager and Event Coordinator.

She graduated from Indiana University with a BS degree in Elementary Education and pursued her MS degree at Butler University.  She is a former teacher in the Indianapolis Public School System and the owner/director of a dance school in Carmel, IN.  She was also the artistic director of the Community Dance Foundation, Inc., a not for profit children’s dance company.  Both the school and the dance company allowed her the opportunity to teach, mentor and interact with children of all ages.

She is a member of the Indiana Chapter of AAPC and has completed an intensive billing course toward her CPB certification.

Toni is our resident global traveler. Prior to joining Children’s TherAplay in 2011, Toni spent a number of years in the travel and hospitality industry. Her career experiences took her, among other places, to Moscow and Singapore. In both these locations, Toni established and managed offices for RCI, the world’s largest timeshare exchange company. Until she learned conversational Russian, grocery store shopping trips typically resulted in “pot luck” dinners. Toni still loves surprises.

Following her tenure with RCI, Toni joined Christel House International, an international children’s charity and in doing so, was introduced to the not-for-profit world. While at Christel House, in addition to operations, Toni helped launch and manage fundraising, marketing, and public relations efforts.

Toni and her husband Bill built IRUS Stables in Lebanon, Indiana and operated it for 14 years. Toni’s respect for and knowledge of horses along with her passion for helping children and her professional experience help make her a great asset to the Children’s TherAplay team.

After completing her degree in Public Health Promotions from Purdue, Katie moved back home to the Chicago suburbs where she dove headfirst into the nonprofit world. She spent two years helping provide food for kids in need through the Northern Illinois Food Bank child nutrition programs before relocating to Indianapolis for her husband’s work.

Katie soon came to love her adopted hometown and, an avid volunteer herself, jumped at the chance to join the Children’s TherAplay team in her present role.

And she thought she was going into museums! How she got from there into high-tech is an interesting but lengthy story. Suffice it to say that when she instead found herself with a front-row seat for the evolution of electronic learning, Shannon considered herself very lucky indeed.

She spent nearly a decade working with Cisco Systems to empower students in 115+ countries through Cisco Networking Academy, the world’s largest (and some say first) e-learning community. That theme continued when Shannon was tapped to develop curriculum and train for the Cisco Entrepreneur Institute.

She still gets geeked out about using technology to help others and, as a contractor for Children’s TherAplay, is delighted to have the opportunity to do just that.

The mission of The Children's TherAplay Foundation is to provide children with special needs a foundation for developing life skills through innovative therapies, including equine-assisted physical and occupational therapies, in a safe and caring environment. 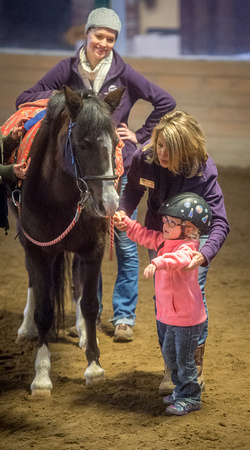 Would you like to be a teammember at one of the premiere hippotherapy facilities in the country?

Find out which positions we're currently hiring for. 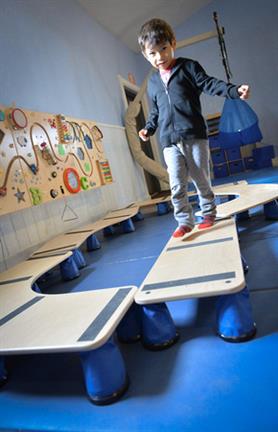 Get to know
the whole team 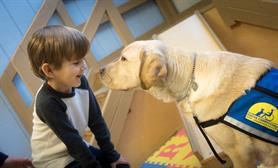